changing the world through music

We are bringing several high school choirs and other singers from local groups and choirs to perform together in one concert in each city. The featured national Recording Artists will perform with the help of the local choirs. Each choir will also be featured by performing an appropriate piece, then all will join together for a memorable finale with all the artists and choirs together, singing the new song of unity, WE ARE ONE. 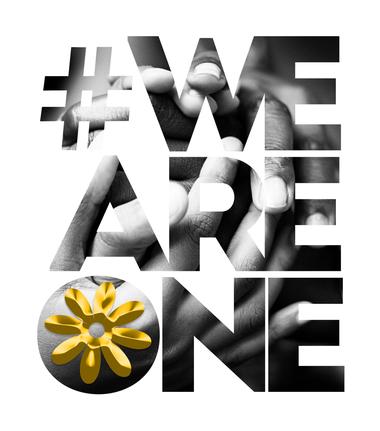 We Are One Concerts

We are bringing together performers from different races and cultures. This is a movement about unity. We are launching the song and concerts in cities most affected by racial divide in the past years: New York, Ferguson, Baltimore, Seattle, Dallas and many more cities. By bringing choirs and other performers to unite in music, we are standing together in support and encouragement of one another. We believe that in this way students and communities, both as performers and audience, will experience first hand the power of unity. This can expand beyond racial barriers as well as economic and cultural lines.

Our song, We Are One was written by David Longoria as a tribute to the wonderful efforts of Michael Jackson and Lionel Richie 30 years ago with their world changing song "We Are The World".

That song raised money as well as awareness of the issues of the day including poverty and hunger.

In 2017, David Longoria saw a need to bring people together in unity after he was saddened by repeated new reports of racial struggles in city after city. Police officers, suspects, local citizens, crazy terrorists,  and victims of many racial problems and violence were documented in Ferguson, Charleston, Baltimore, New York, San Bernardino, and many more places. He felt it was just time to do something about it.

Writing an anthem to invite recording Artists to sing together side by side was the goal. He planned to invite 20-25 Artists to join him on the song. Within 3 days there were more than 25 who had joined in on this unique recording in the studios in Los Angeles. Expanding the reach, he held recording sessions in New York, London, Seattle, Miami and many more locations, each gathering many more artists to contribute their talents to We Are One. What started out to be a recording planned to be produced in a few weeks became an evolving song and production that lasted four in the making.

From as far away as China, Hong Kong, Milan, Australia, Mexico, Artists held remote sessions and digitally sent their voices in to join in the mix. After several months of sessions and mixing, there were a total of 750 Artists singing together on this historic song.

Artist and Vocal Coach April Diamondhas performed hundreds of live and taped concerts with the Lift Program. She has donated all of the performances to share her optimistic view of what each person can achieve when they make smart choices. April regularly performs as a dance pop artist in the US and Europe. Her song Lose Control is playing in dance clubs and on rhythmic radio all over the world. As a vocal coach she has guided and directed singers from shows including The Voice, Glee and many more to guide the singers' vocal foundations and adding polish to their performances. She has worked with many show choirs as well.

April is guiding several local high school and community choirs in each city where we produce concerts. We make an effort to bring choirs together from all parts of the community, both geographically and culturally.

We are bringing people together to promote unity, using music and concerts, involving different races and cultures, broadening the vision of acceptance and support for each other.

Founder David Longoria  is a recording artist and record producer. He has a passion for encouraging kids and others through music. It was this calling that led him to create The L.I.F.T Program which produces hundreds of live concerts delivered to schools across the USA without charge. The Artists perform for the kids and encourage them with a message. They donate each concert and it's given free to the schools. Throughout the 14 years since it's creation, the program has reached more than 2 million kids with a message of focus, making smart choices, and uplifting each individual toward personal success. Visit LIFT Concerts http://liftconcerts.org

This well received program is the foundation for the creation of

We Are One Concerts.